Christmas Eve, 41st millenium.
On the planet North Pole, the bomber of Santa Klaus and Santa Kraut is shot down by the Grinch, a terrible Necron Lord. 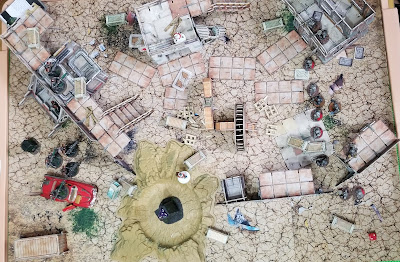 A team of squats is sent to retrieve the 2 proud pilots while the terrible Necrons are on their way too. 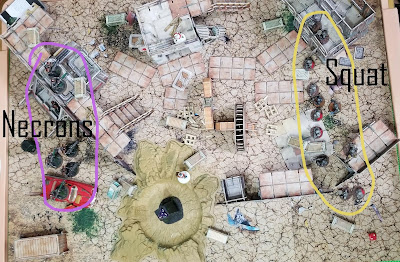 
With the 7th turn finished, the Necrons were getting back in control. The squat got quite a beating but stayed in, thanks to lucky rolls.
The Santas are back to Rain-Dear base, and ready to drop more gift to the Necrons in this war.


On the desolated planet of Outdoor, in the Table Region, a group of Space Marines have heard the story of the mighty dreadnought who fought an army.
Meanwhile, the Grey Knight chapter were monitoring any activity around the remnant of an old dreadnought, making sure nobody would retrieve its wreck.

So, here we are, 100pt Kill Team, with the objective to hold as many objectives as possible by the end of the game.
For this game I played the space marines, all of them using the Primaris trait. They have 2 hit points but a lower selection of weapons.

The 4 objectives were set 6inch from the center toward the corners.


Up until the end I forgot to take pictures.
In a nutshell, the sergeant moved forward and became a bullet magnet. He died on the second turn.
The Grey Knight forgot all his psychic actions but 1.
The Grey Knight flamer died on turn 2, for once he was able to shoot once.


Results?
1 objective each, 1 contested, 1 without anybody.
The Primaris are extremely sturdy but not enough variation in weapon. The GK lost only 1 melee (but the most memorable as the melee specialist of the GK died vs a primaris grunt)
And NEVER, EVER, put your sergeant alone in the front line.

Vacations...
The ideal time to do some creative stuff without relation to your job.

I had some time to kill between some activities I planned during my vacations (staying at home has great values), and decided to do my space marines tactics with cards. It is easier to read and use than trying to read through my phone the fine print.

Here is the stuff before they all get under plastic.
I have personalised some of the artwork I found online to make it unique.
My Space Marines have a special Aquila with one of the eagle head replaced by a wolf.

Posted by cedric at 12:35 AM No comments:
Email ThisBlogThis!Share to TwitterShare to FacebookShare to Pinterest
Labels: games workshop, GW, Kill team

Getting inspired in the last weeks of 2019 was hard.
Situation in Hong Kong, work and family's activities took a toll on how much I wanted to take my brush out.

After working a lot on my Space Marine Kill Team, I had to change my mind. In the corner, hidden in a shoe box, there were a lot of medieval-fantasy miniatures waiting.

So one night, I decided to take my super-glue, my brushes and off we went.

I opted for a change in color scheme. I did blue, light brown, red and dark grey. I settled for a whiter theme and decided to buy the new paint from Games Workshop, supposedly better to paint contrast Apothecary white.

For the first time (and did I do a mistake??) I decided not to cut the plastic base, but keeping it as a shadow. 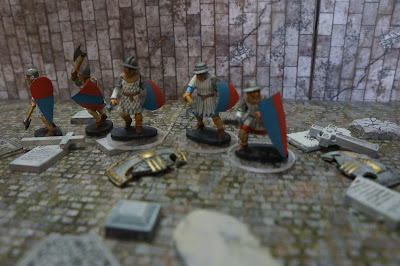 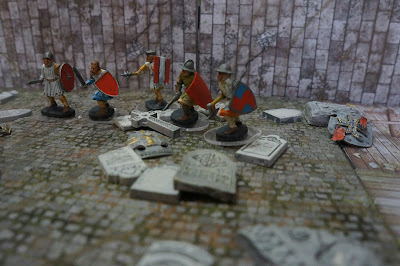 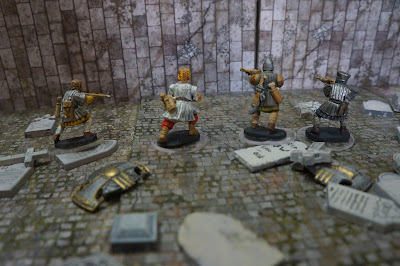 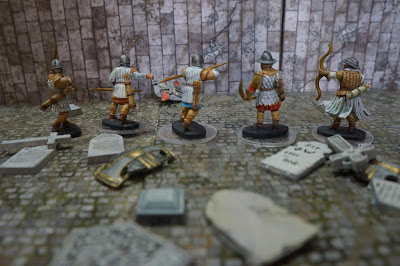