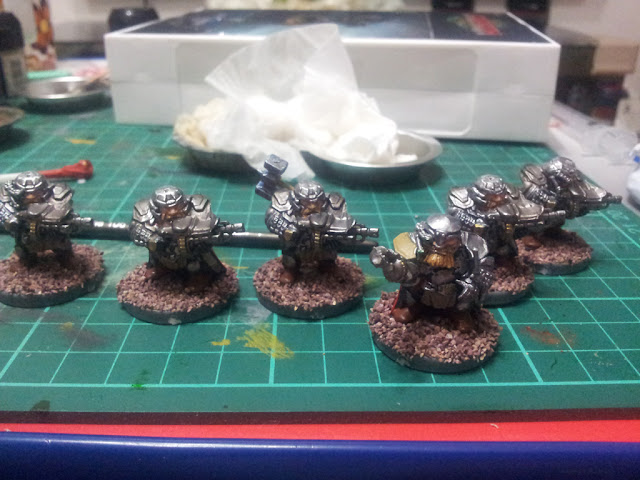 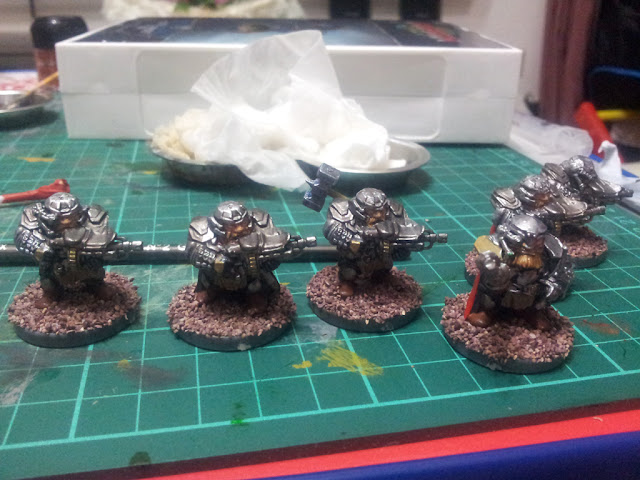 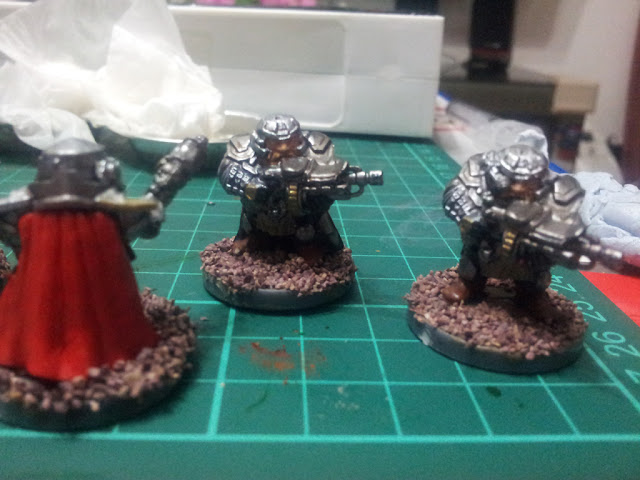 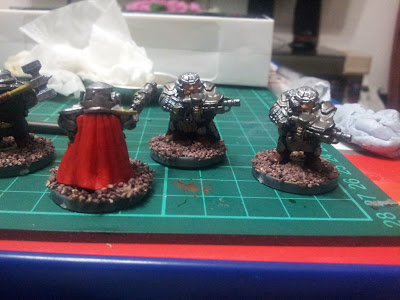 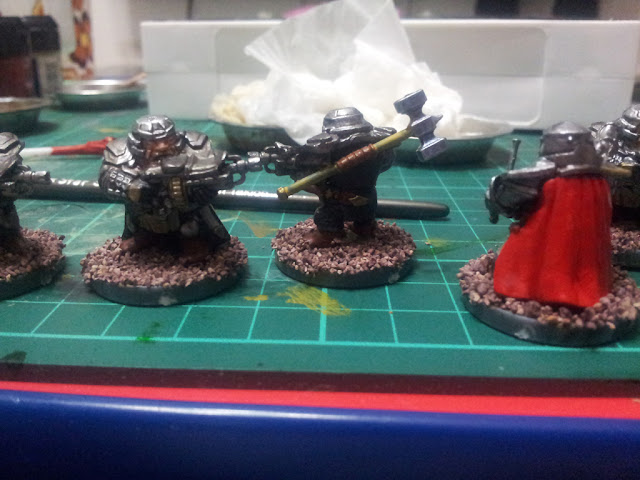 Last Christmas, a long long time ago, my dear better half bought me some Forge Father to keep me home and busy.

It took a longer time than expected (other projects, work, new baby) to get close to paint the whole and a first batch made it out of the underground facility of the Forge Father fortress.

So here they are, the light is poor, the quality mediocre, but at midnight I was happy to get them out. They still need some varnish and I plan to use them during a Run n' Steel game.

I neglected you recently, but real life caught me by surprise. I've been over busy with job, then happiness with my new baby girl and then work again.

I did little on the miniature front. The most noticeable thing that happened to me was that after a dinner with a customer, I wandered around a model shop and came across major discount for plastic 1:72.
For about $230, I can have 2-4 armies (~240 soldiers total), enough tanks and vehicules (18!) and ruins/houses/bunker. that's good price and a real bargain.
But that means also that my recent investment in 28mm has to be slowed down and maybe that I take benefit from GW price increase to cash out some old miniatures acquired eons ago that today could be sold to a good price.

At the same time, the new baby "mess-at-home" period is now over and serious painting/gaming can be worked on, as long as job permit it!
Posted by cedric at 2:20 AM No comments:
Email ThisBlogThis!Share to TwitterShare to FacebookShare to Pinterest
Labels: news

These have been terrible weeks, with heavier than expected traveling and workload. In addition to readying the appartment for the new baby to come (May 15th if all goes as predicted).

Nevertheless, the miniature front did not stall as much as it could have been. I have a lot to varnish, and no painting had been done, BUT... new stuff came in.
To be honest, I was expecting a lot more, but Maelstrom Games had a recent issue with stock management and stuff I bought was not available, so split order, delays... 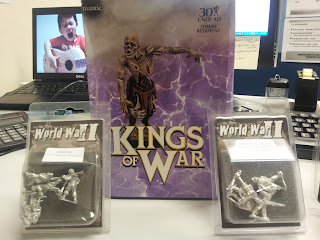 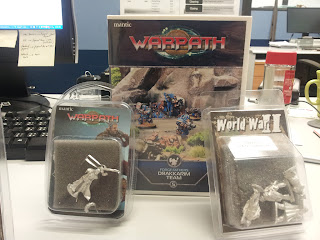 So, I recently got the following lot, Drakkarim from Mantics, Zombies from Mantic, Corporation Major General and Artizan miniatures to play my SOTR-ATZ variant, as I needed more unique soldier to represent the heroes, rather than neat lookalike team.
I also received, not in the photo, some sand and grass. These were smuggled the previous night and it pass through all anti-miniature-smuggling security without a problem.

I unsprued the zombies and found out that there is not much variation. Just by looking at the number of torsoes, heads and legs, there is about : 4 legs, 3 torsoes and 6 heads, or about 72 different variation. but assuming that the head is not noticeable from a reasonable distance, that's about 12 variations. Still ok for what I am planning with it (mission in village where the population has been killed by V-Gaz).

Hopefully, I will do some Mantic ForgeFather this week-end!