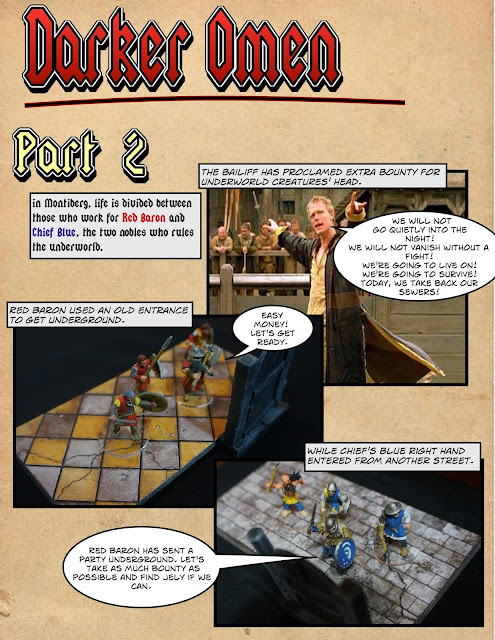 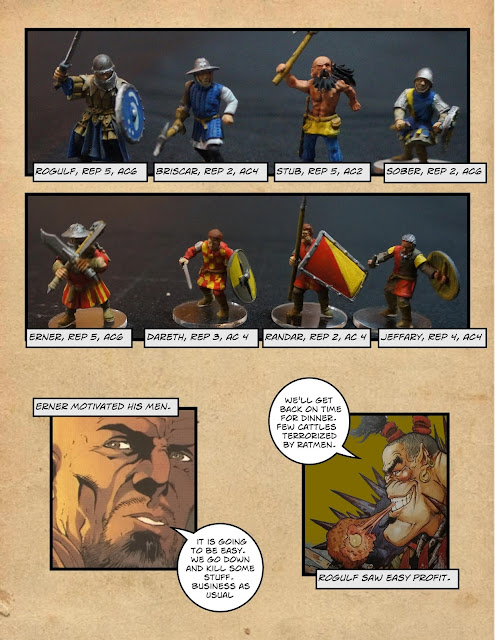 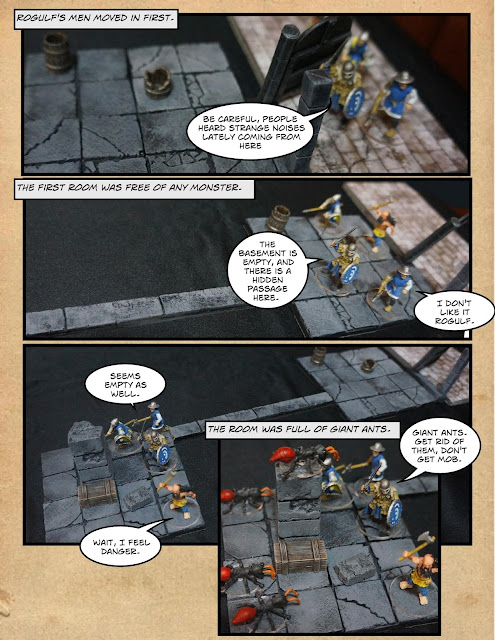 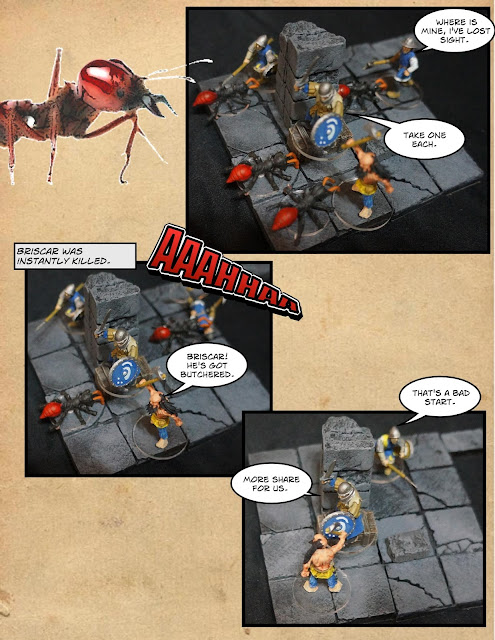 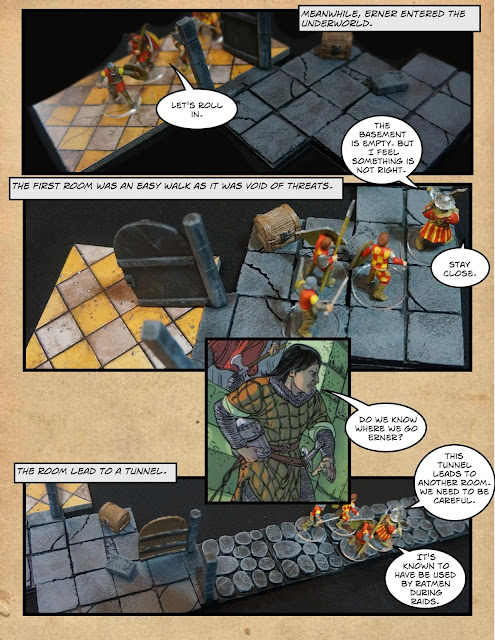 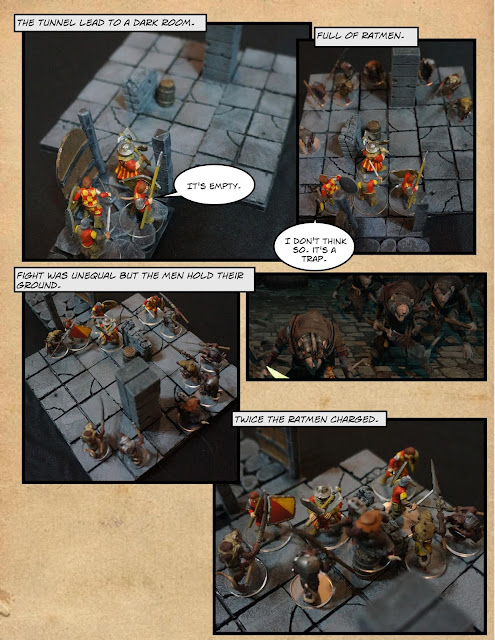 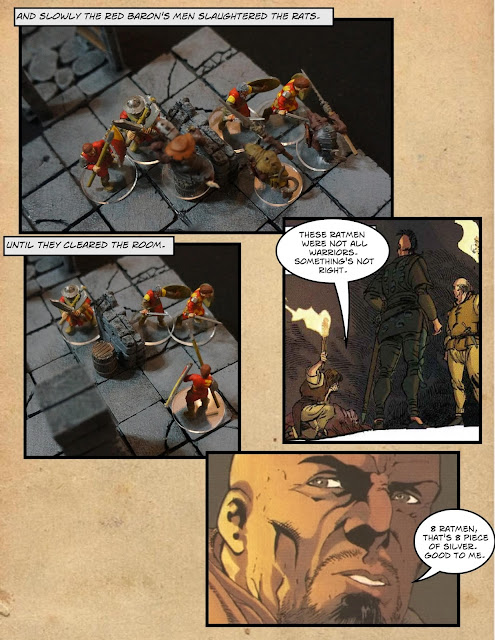 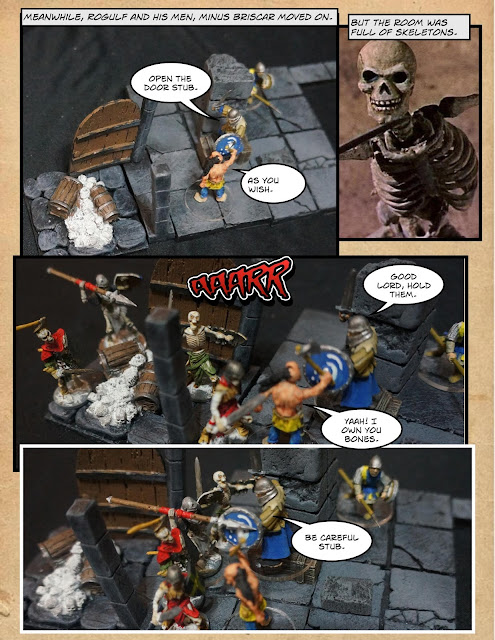 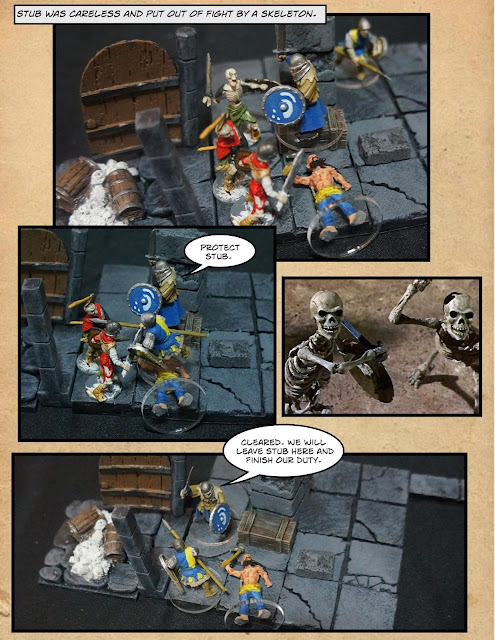 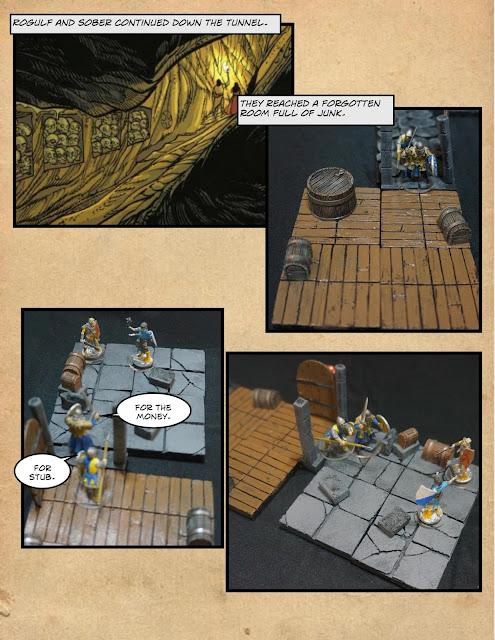 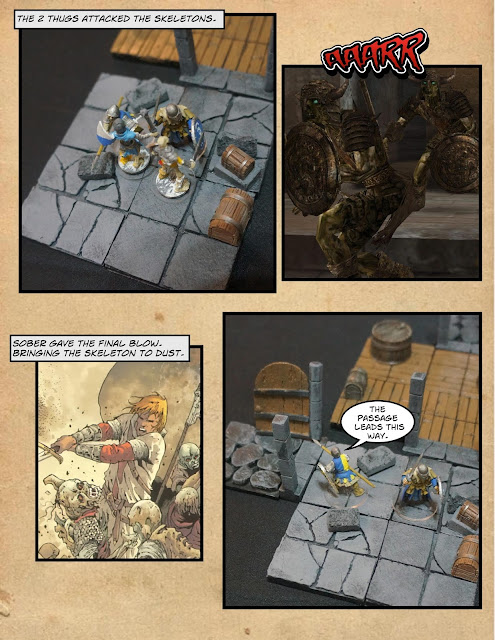 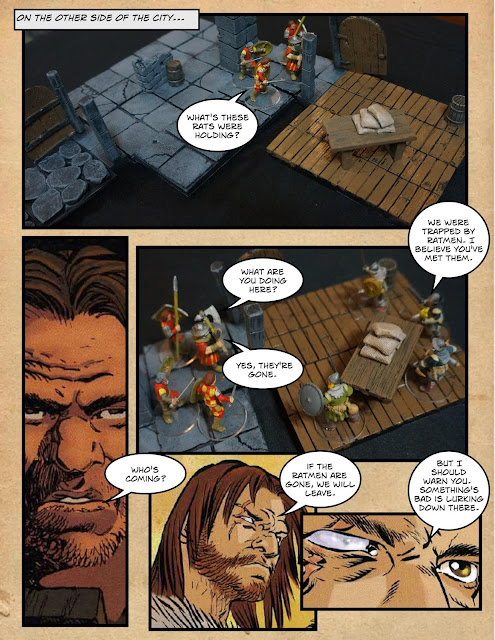 Note: They meet a group of adventurers and Erner won the challenge. They decide not to fight and let the adventurers to go. 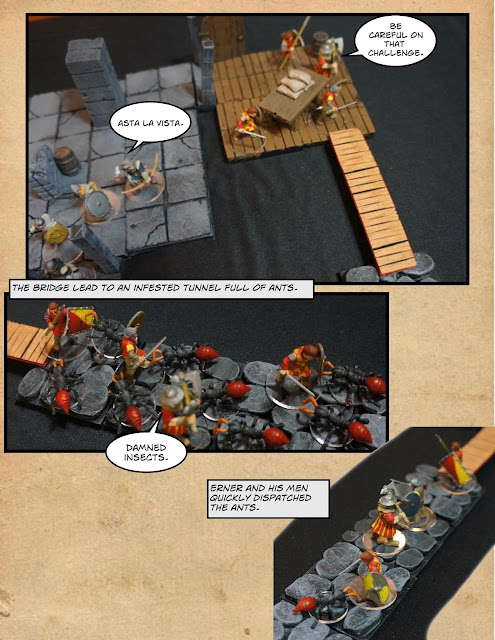 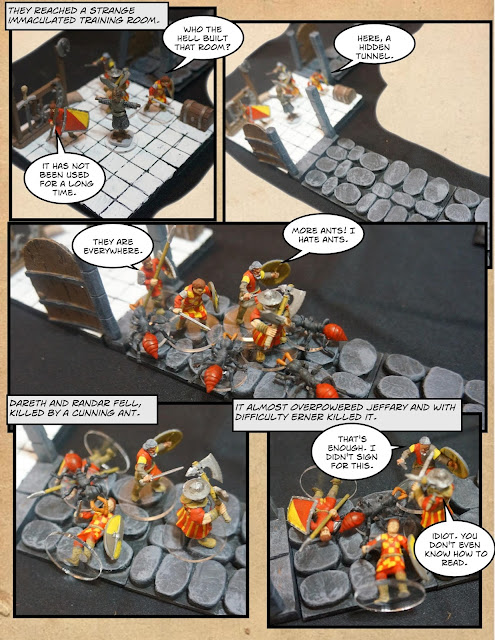 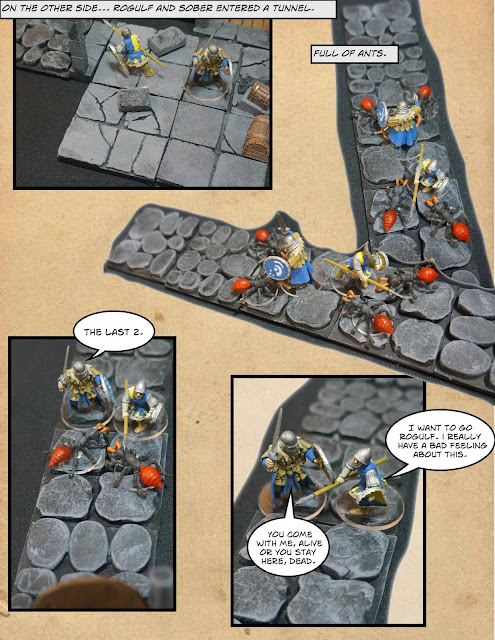 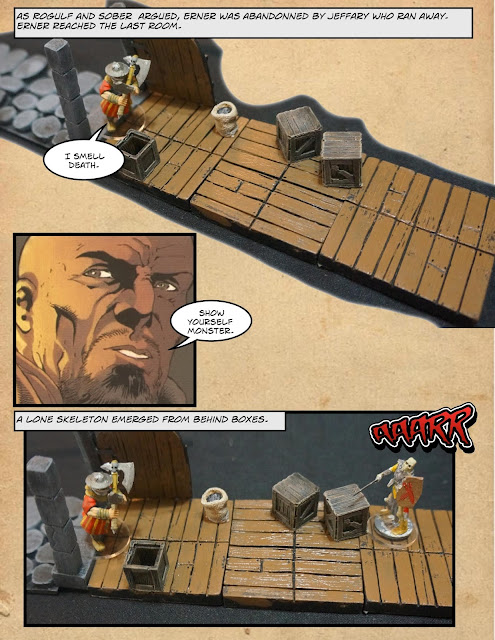 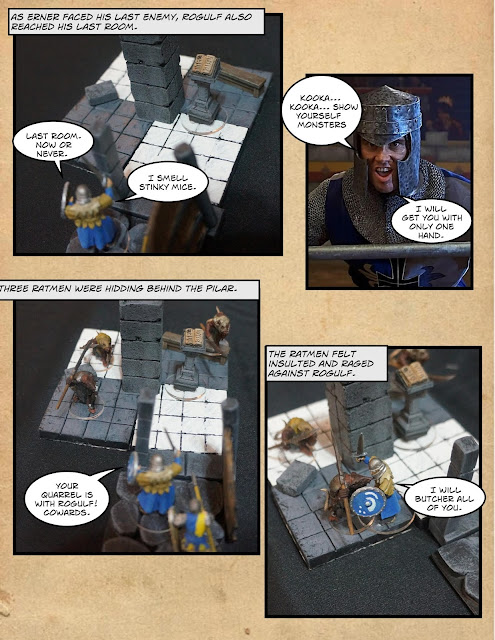 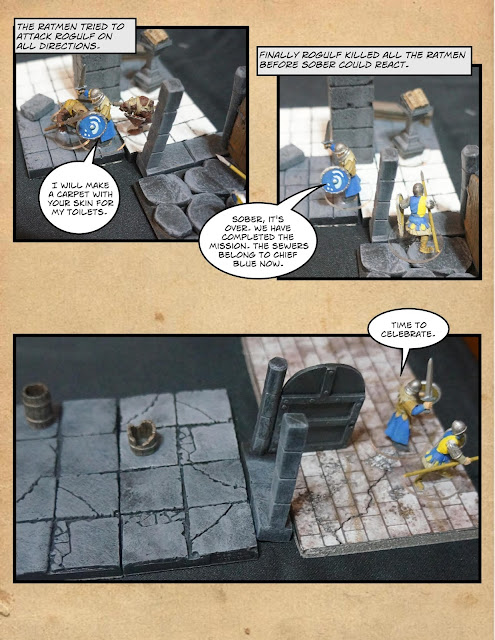 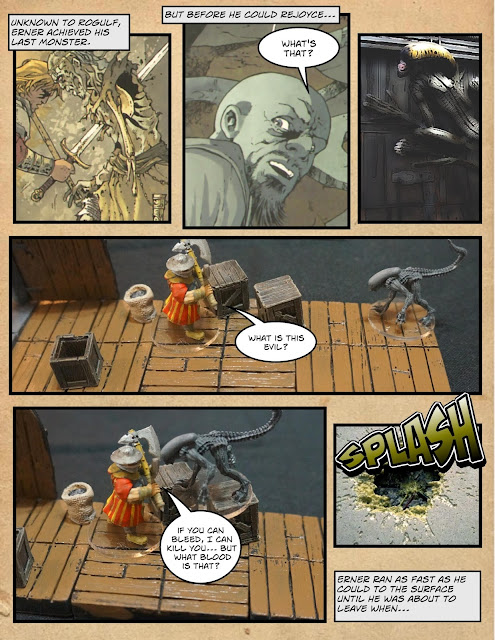 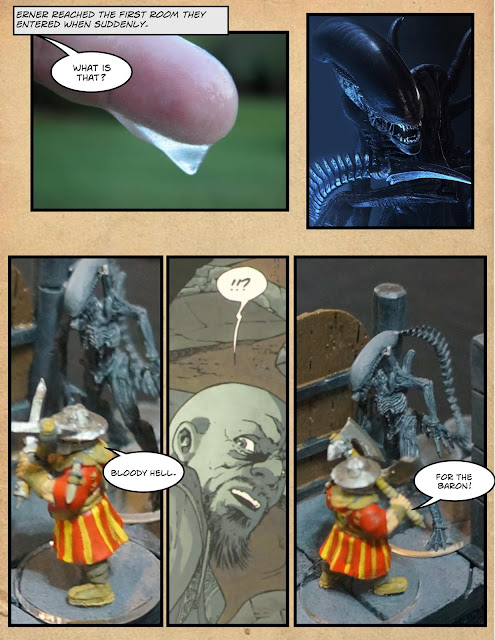 Just as Erner was about to leave, random event: Alien appeared a 1d6 square, or in that case: 1 square from Erner. 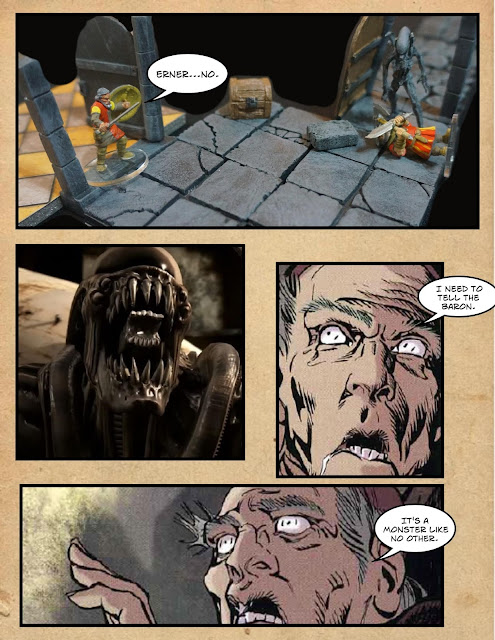 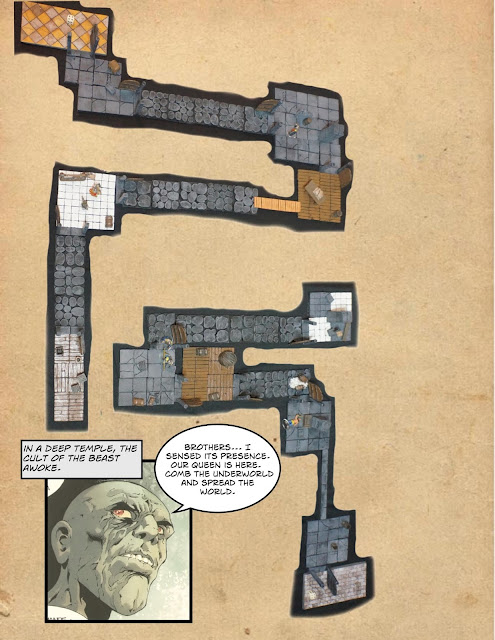 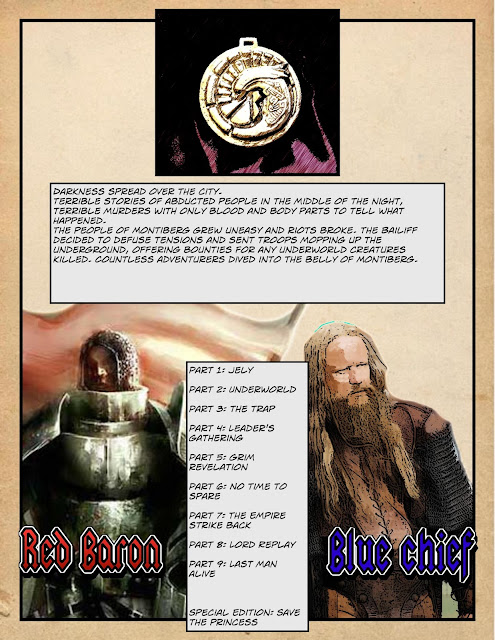 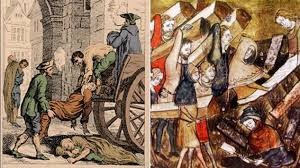 In the past few days, many people have disappeared during the night. Stories of untold monsters and gruesome murders unsettled the local population. Concerned citizens gathered to Town hall to  ask for the authorities to react. It was believe another necromancer or ratmen clan took residency in the underground.  After the night watch agreed to step up its patrols, the Bailiff issued a reward for any undeads or ratmen heads people will bring.
Looking for quick reward, Red Baron and Chief Blue each sent a group in the underworld to bring back some bounties.


Played yesterday the 2nd scenario and will likely write it within the next few days.

Playing 2 teams at the same time, it was hard to play fast, so I twisted a little bit, taking some roleplaying game melee sequences.

Melee:
When I roll the reactions (=initiative), the fastest gets to act and attack whatever target.
In addition, being the first to react, there is a +1 to melee as attacker.

Melee, 3 rule clarifications/changes:
1) For the melee roll, both attacker/defender fight at the same time.
2) Also, a soldier  facing several enemies may take a full defense stance, giving a +3 dice, but cannot hurt its opponent.
3) The dice to roll are categorized as Attack and Standard. For example:

Morikun Challenge: Making an artistic base

From some time, I have been avoiding basing my minis and resorted to clear base tricks. The beauty of clear base is to be consistent with the terrain all the time.

Now, crazy people lurk in the Internet. Morikun is one of those. He's made crazy bases for his minis, and asked people to do the same to celebrate his 600k blog reads.
Here is a sample of how crazy he goes to make a base.

Now, he has 78 gifts to share (and this blog is one of the humble donor, but I assure that this is not a pay-to-play donation) and getting into a challenge is a good change as my painting mojo seemed in vacations these past weeks.
Find here about the challenge and join!

So I started with this model:


The concept: The mecha is standing in an old dojo with some battle marks. 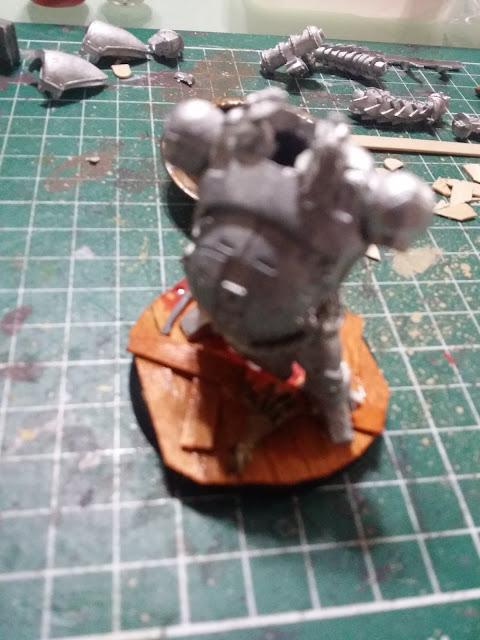