The Evil German scientist have created the Werewolf and WereHound units to fight British courage and American technology.
While the Werewolves are valuable addition to battlefields in the countryside, they faced heavy losses during urban fights. The SWD created Rats with human genes. They are currently deployed as Aufklarer as they can't be trusted auxiliaries.

Early reports show that they are highly capable of scouting urban warzone. And if they are destroyed, this would not be an issue, they weren't humans. 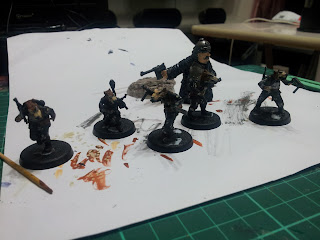 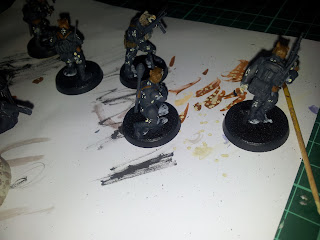 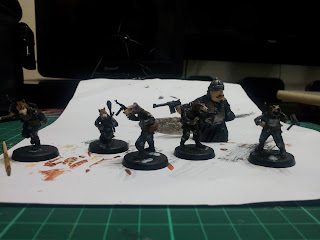 Posted by cedric at 2:19 AM No comments:
Email ThisBlogThis!Share to TwitterShare to FacebookShare to Pinterest
Labels: modelling, SOTR I decided that the German were not weird enough and moved forward Ratte Aufklarer and a new German character, Hermann Goret, head of the German Airborne (rules still to be designed)

The Ratte Aufklarer will be 10 (5 rats x2 teams), using the Warlord Plastic German and Rat Heads bought a while ago. 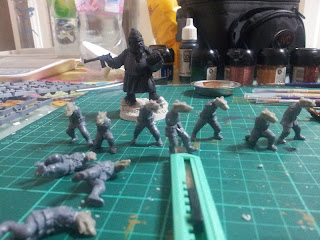 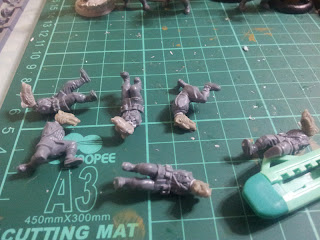 In the mean time, I finished my MP on Harley (French character for my French force) who will be a proxy Liberty mini, and the last German Airborne Mech. 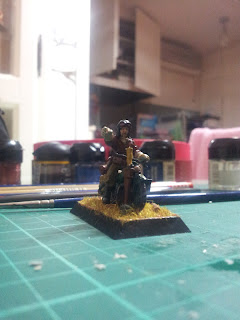 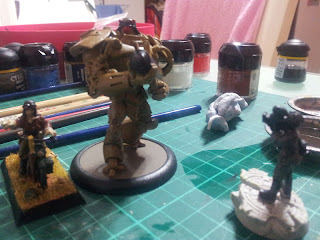 Here a picture for size reference 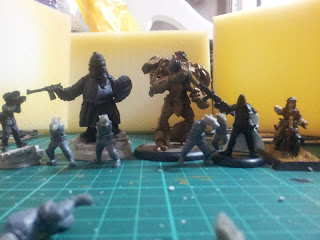