You know that something went wrong

when you start realizing that you have too many units to play (and finish) a normal game.

Finally finished the vehicules and decided that I won't give them marking as I am still thinking what to use.

Otherwise, I am quite proud of the German force. Vehicules are a mix of Tamiya Die Cast, Urban Mammoth Viridian, Warlord and Tamiya Kits. The German have 2 characters commanders : The Ogre General and the SWD officer in the sdkfz 251. 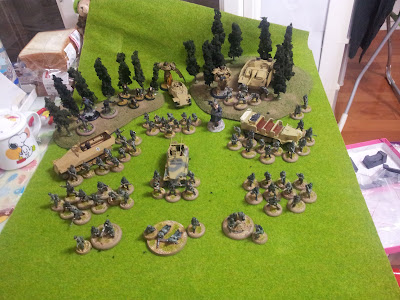 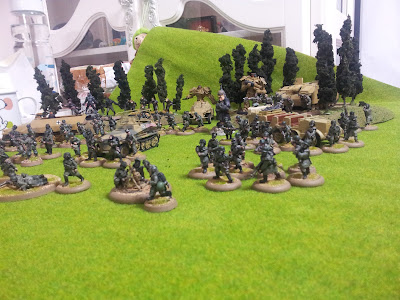 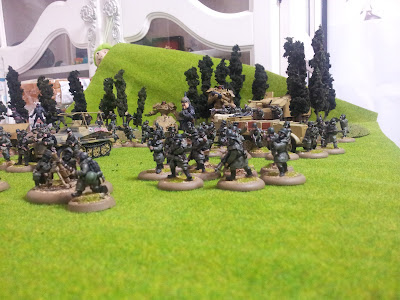 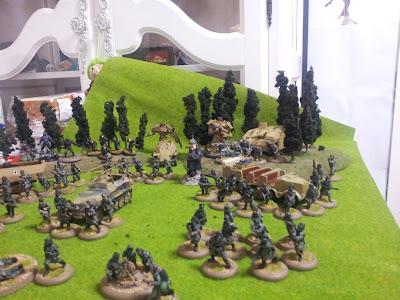 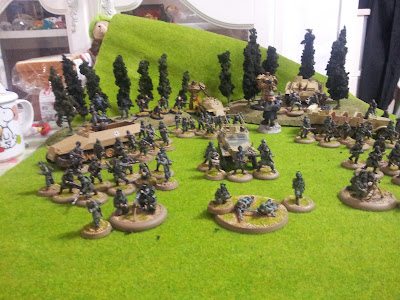 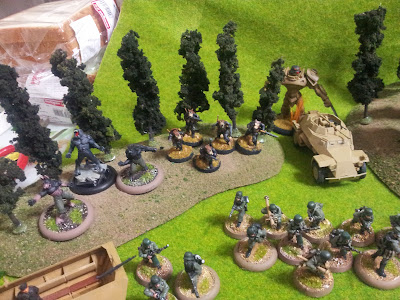 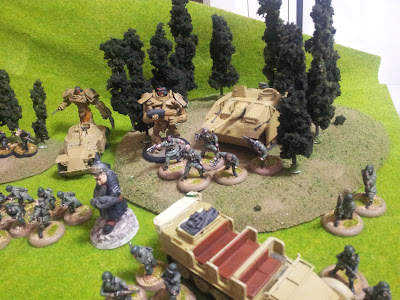 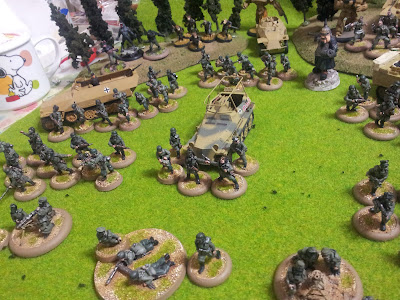 The British vehicules are a mix of Tamiya Die Cast and Warlord. The British have 2 characters, the Liberty unit on Harley Davidson and Mr Smith (not appearing on the photo, he declined the group photo invitation) 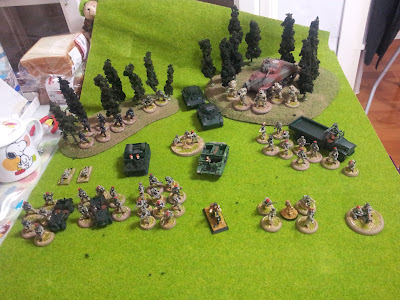 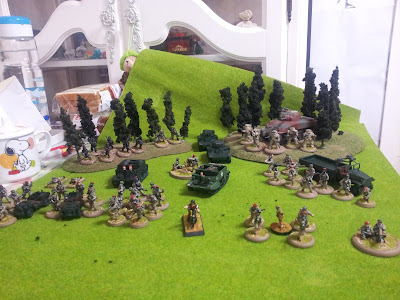 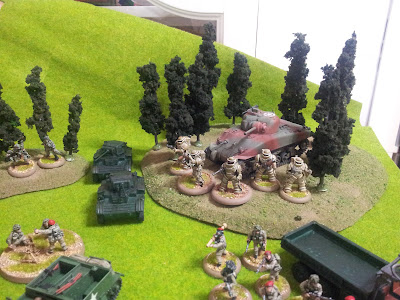 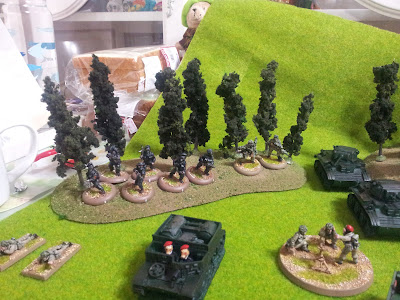 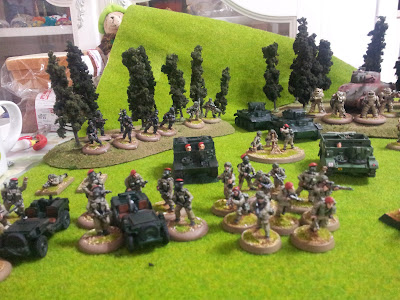 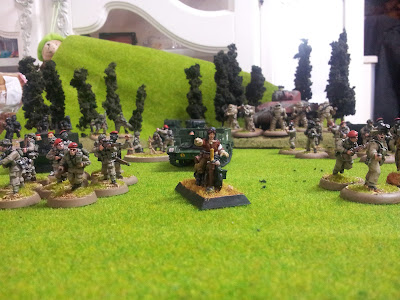 Posted by cedric at 8:01 AM No comments:
Email ThisBlogThis!Share to TwitterShare to FacebookShare to Pinterest
Labels: modelling, SOTR, Westwind

And now, the final part.

I have finish my German Evil boss and his team of Ratte Aufklarer, together with a Sdfkz 7. 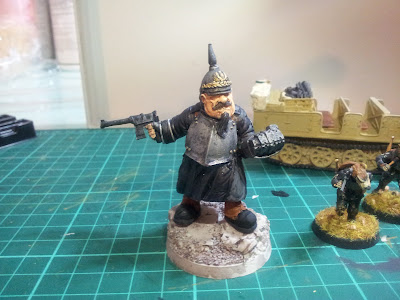 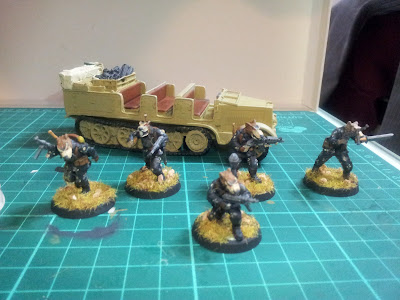 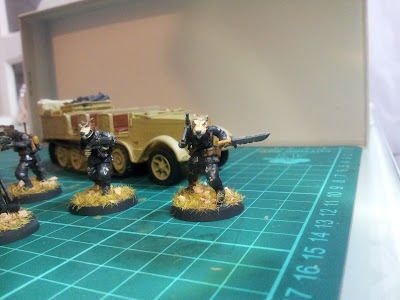 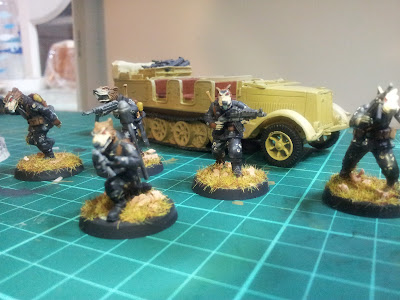 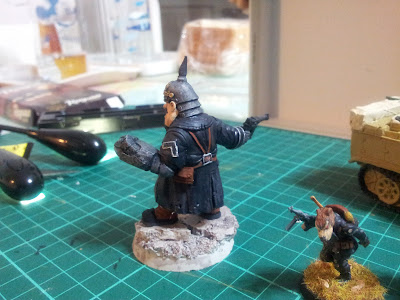 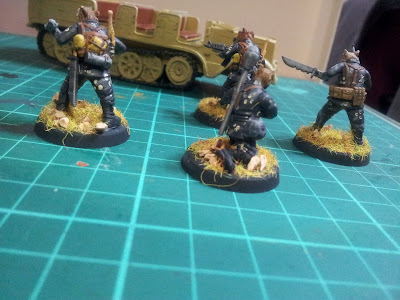 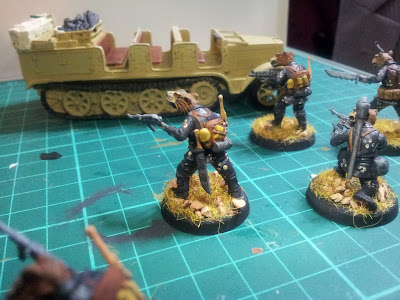 Posted by cedric at 8:16 AM No comments:
Email ThisBlogThis!Share to TwitterShare to FacebookShare to Pinterest
Labels: modelling, SOTR

Went to the States, Shopping Spree

Being recently in the States, it affected me in 2 ways:
- No painting
- More minis

For the no painting, it's rather because I want to avoid my paints and other stuffs to be stopped by customs. I tried to take paints in the past when traveling in Asia and never had an issue. But with the FAA and the Homeland Security I preferred avoiding any misunderstanding.

Regarding the minis, I fell again in the usual : Browsing, clicking, buying. I was visiting FRPGames (http://www.frpgames.com/) as they usually a great range of unknown/great miniatures with high discount.
I ended up with about 30 miniatures, some out of print, other to complete my collection/optimizing the shipping cost. in total, the cost is about $137 including the shipping fee, or about $4.3 per mini, and some are using 40-50mm basing.