Dark Angels vs Howling Beast (Space Wolf Successor).
A group of unruly young Howling Beast decided to tickle the serious Dark Angels. Will Space Marines in old armor have a chance against Dark Angels with the most best and most up-to-date equipment of the Imperium? Here is their story... 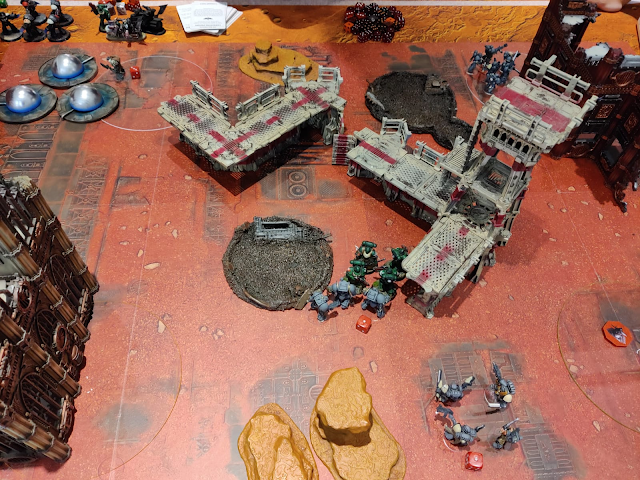 By the end of turn 3, the DA had 4 Primaris left, and by turn 4, the Howling Beast scored and scored, bored as their was no enemy to defeat.
Summary:
I have been very lucky with the dice and lost almost no units to fire. While my shots were true and got the upper hands in the melee. Good fun.
Posted by cedric at 10:06 AM 2 comments:
Email ThisBlogThis!Share to TwitterShare to FacebookShare to Pinterest
Labels: Battle Report, games workshop, GW

The Inquisitor and her 4 pretendants

In the far future of 40k, dating an inquisitor was a risk few would take without some muscles.
On the Planet Disko, 4 were courting a pretty female inquisitor. As things heated up on the dance floor, each of them called their friends to get rid of the competition.
This is an adapted Kill Team scenario. 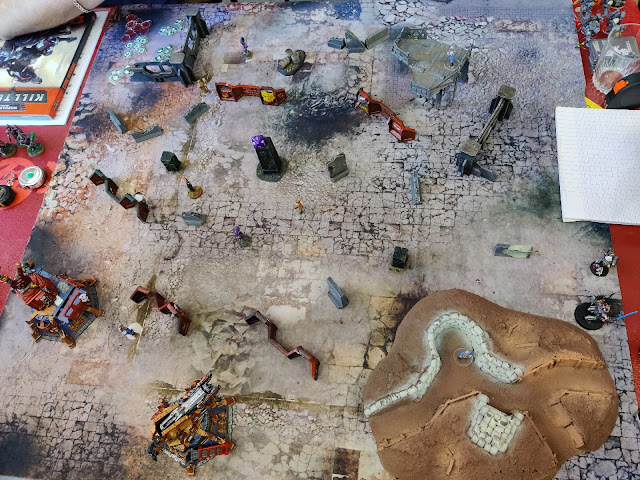 Deployment: square shape using the corner objective as one of the deployment corner and the inquisitor in the middle