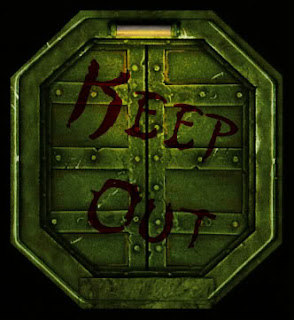 In the world of Cogmar, being alone can be a deadly experience... 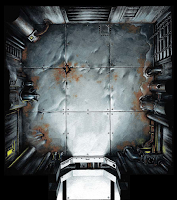 Note :  I have ever liked the idea of a post apocalyptic world, underworld to be exact. Run and Steel and the world of Cogmar are the result of it. Run and steel is a fast boardgame, to use corridors, rooms, multi-level fighting using Aliens, Space Hulk, Bioshok, Pandora atmospheres. 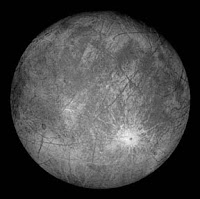 Cogmar,  a shell world inhabited by humans and other creatures. Shell world because the surface bear no life, with little atmosphere to sustain vegetables. None can survive without the right equipments in the open.


Still life exists in the never-ending tunnels that run across the world, underworld. Deep below, lay the "Core", magmatic ball of metal in fusion which provide power to the Ancient Devices.

The best source of information about Cogmar is the "Legends of the Past", a patchwork of stories passed from generation to generation and that are the main source of knowledges, religions and wars.
It is said that life on Cogmar 's surface was possible. Then came the Last Day, where sky fall from the sky and forced people to dig underground cities and farms. People dug deeper and deeper until Last Day reached the Surface (Some theologists even dispute the existence of the surface), some cities were not deep enough and were lost.
During centuries, the people kept on digging tunnels, cave, rooms, cities and reached each other. For a while, they shared their knowledge and resources. This was the time when the Ancient created the Devices. The Devices, even today, are still working and providing power all around the world. Controlling a Device is source of power and danger. More on that later.
But people dug too much to the Top. It is said that deep above was waiting the "Unholy" humans. People who were forgotten long times ago . Once the tunnel "Giliet" reached their bases, they started to infest the deep levels. They are now a threat that any community cannot afford to let unattended.

After the Encounter War that lasted for two centuries, most of the Ancient world was destroyed, the Unholy repulsed to the Top and the remaining nations shattered and distrusting each other for what happened during the war : Alliances with the Ennemy, Steal of resources, Betrayals, Non-Assistance,...

Of the great Cities of the Past, few remains and consolidated the regions around them under their banners.
The last strongholds of Humanity are "Kaizer", the "Entente", the "Savages", the "Brotherhood" and the "Cult".

Kaizer is a militaristic regime focus on industrial research and cast system, the Citizens, the Free People and the Workers. The Citizens are the elite of Kaizer, seen at the manager's positions, military heads and research boss. The Free People are Citizen in disgrace trying to recover their status, Workers rewarded for some spectacular actions, heroes of the war or having done a discovery. The Workers are the bulk of Kaizer, from worker in factory to soldier in the front line.

The Entente is a federation of cities gathered around Albio, the Free City. The Entente members deliver every cycle a portion of their production to the Entente garrison and governor who in turn guarantee the protection of the Entente army, the distribution of food and medecine and other necessary product. The main reason is also that Albio has access to 5 Ancient Devices, providing huge reserve of energy benefiting the other members. People living in the Entente are free people, with the right of Free Speech and participating in all decision. 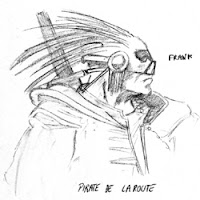 The Savages are not a nation in themselves but a patchwork of small cities and villages waging wars between each other at the fringe of the known underworld. They are nomadic and sometimes make discoveries that attract explorators from Imperial and the Entente. They also raid Imperial and Entente settlement when hunger strike or when easy looting lure.


The last 2 stronghold of Humanity are small religious organization, the Brotherhood and the Cult.

The Brotherhood is a community of weaponized monks living by and for technology. They are said to protect one of the last Ancients in a secret fortress near the surface. Others say they have access to the last source of direct knowledge. Few people really know who they are and what they want. They sometimes appears in the most catastrophic time to help, sometimes it is reported they wiped out entire villages for a single artifact. Nevertheless, one true fact is that whoever finds something from the Ancient is guaranteed to have a visit from the Brotherhood sooner or later.

The Cult is the most feared religious order and is usually banned from Imperial and the Entente. They capture humans to performed surgeries and other abominations. Sometimes releasing their victims to their families or sometimes keeping them as one of them. The Cult too is looking for Ancient artefacts and often compete with the Brotherhood. The Cult travels in shadows and when people know they are near, it is too late...

Cogmar secrets and glory awaits you!
Posted by cedric at 12:13 AM No comments:
Email ThisBlogThis!Share to TwitterShare to FacebookShare to Pinterest
Labels: boardgame, run 'n steel

It has been a long time since the last update and I feel ashamed that I did not follow my own motivation of at least 1 update per week.

Well, the excuse was the discovery of Memoir 44 online.
The game is well done and provide the look and feel of the boardgame, sober animations and enough excitement to get in the real boardgame.

I just complain about the lack of luck I keep on having. God of Dice, please help me!
Memoir Online
Posted by cedric at 1:02 AM No comments:
Email ThisBlogThis!Share to TwitterShare to FacebookShare to Pinterest
Labels: boardgame, Memoir 44, online
Newer Posts Older Posts Home
Subscribe to: Posts (Atom)