I remember when I bought the video game. It was back in 1995, it was the Imperial Pursuit complement, then forcing me to buy the actual game (because I didn't know you needed a game to play an add-on).
The long days optimising my 40 Mb (yes Mb!) hard drive and 2Mb memory just to play that game (12 Mb all together, it was massive!). The days of the 386x.
X-wing is a key period of my teenager's period, with so much fun fighting for the Rebel Alliance against the evil Empire, piloting my fighters, learning to love the agile A-Wing and to despise the slow sitting-duck Y-wing.
I was spending time on Mel's products and found he had designed the DX-9. In the video game, it was one of the main elements either in convoy attack, or capturing spaceships.
As I am the RPG-type of gamer, I like to build my armies with a backstory and playing scenarios instead of pure dog fights. The DX-9 will help me make objectives. At least, that was the excuse I used to promptly click buy, and ended up with 3 models.
My excitement was still high when I received them less than a week after, and after an hour of pimp-my-ride, they were ready for a game this Friday.

After this Friday, I will know if they are as hard to kill as in the video game.
Stay tune.

Cards and details to play in FFG X-wing: Here

Remember, a while ago (here) I acquired Modular Space Station Pack. 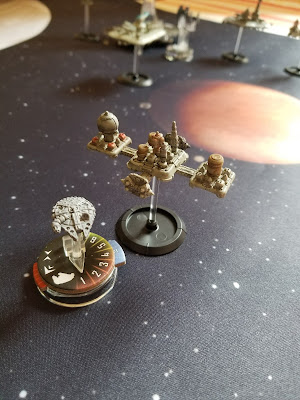 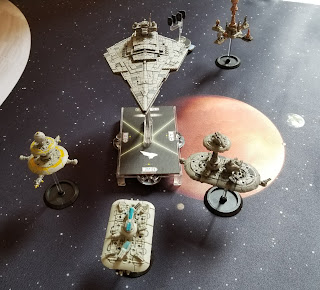 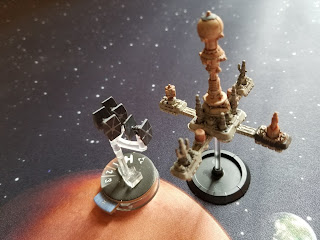 Well, I finished them but never had a chance to take pictures of them. I am fixing that mistake now. 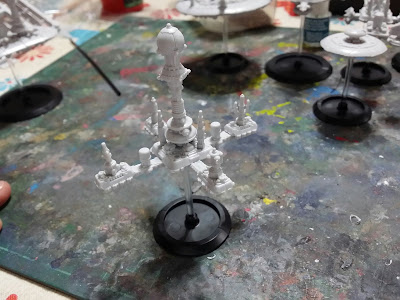 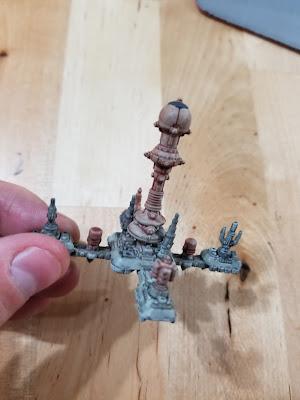 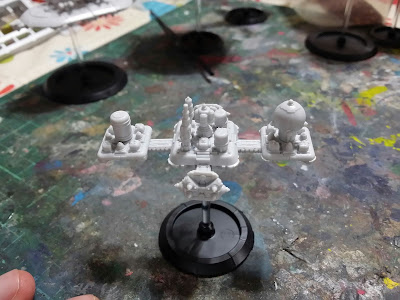 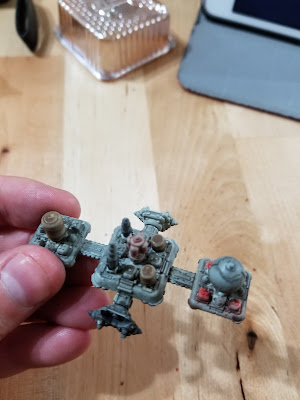 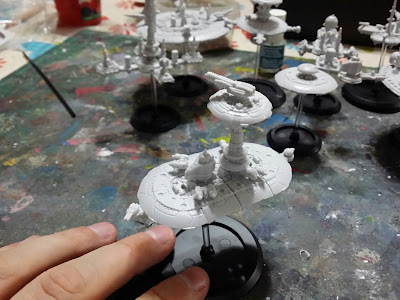 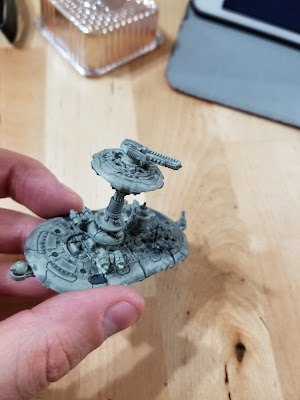 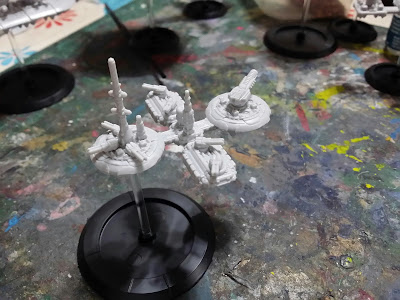 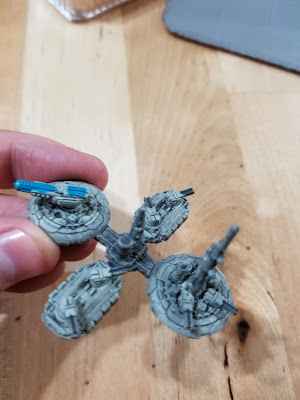 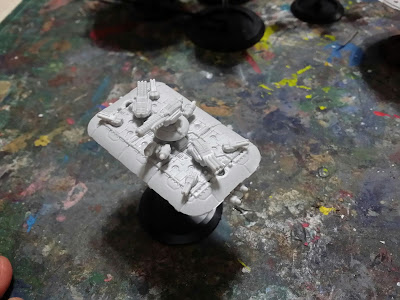 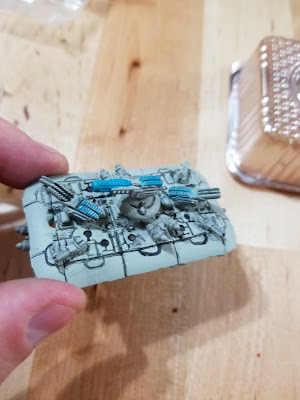 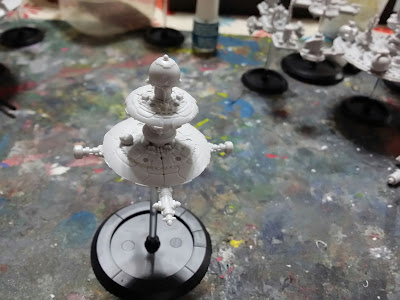 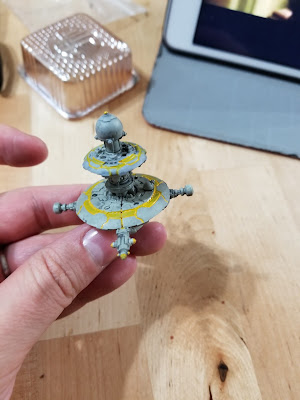 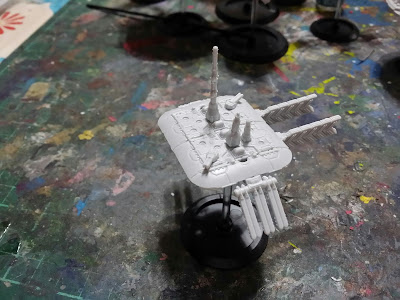 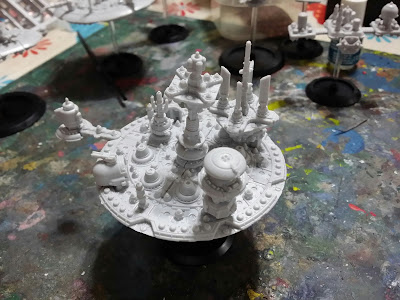 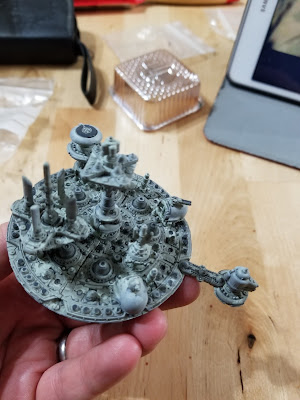 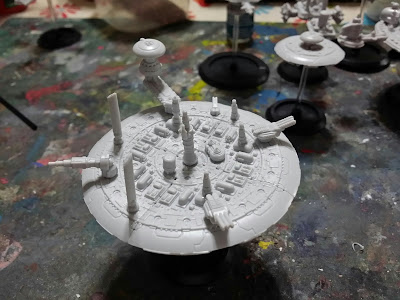 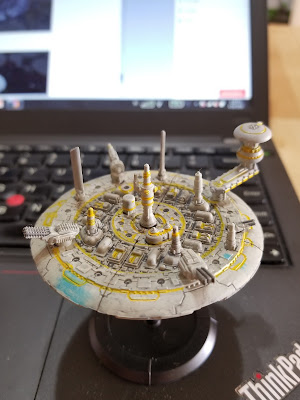 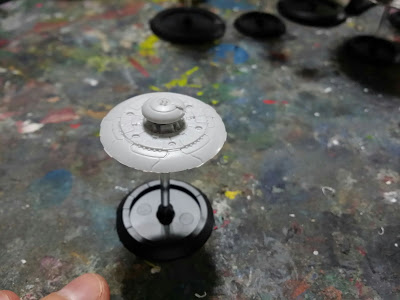 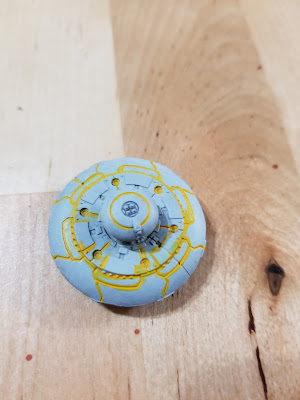 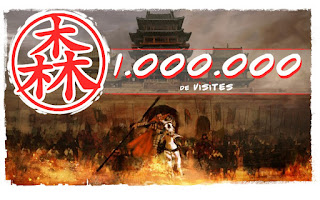 To celebrate his 1,000,000 view, Morikun organize a gigantic painting contest.
116 goodies waiting to be won.


Basically, make, paint, build, design, artcraft, a female model to represent Madam Morikun/Lady Morikun.
The contest is very open and absolutely not about the best painting. I did the previous one, and my painting skills are way below most. But Morikun enjoy the overall effort done to produce a piece of art, whatever the final result.

I am planning to participate, but I have successfully fumbled it before starting. I started painting female models I have before the announcement, so I can't use most of my models.
But, I am already planning something more interesting and unusual.

See ya all, I am on the way to Hokkaido for vacations.