There is always something to do, and fantasy adventurers are always easy to paint. Set a color code, and you painted men at arms of some local noble.

Here are the latest addition to my never-ending fantasy minis. More people to fight and die in in the dark alleys of Montiberg. 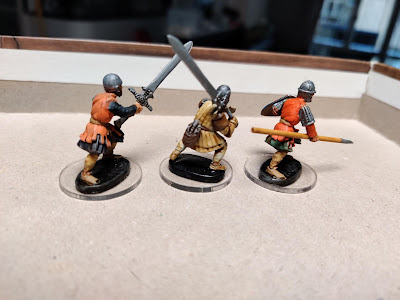 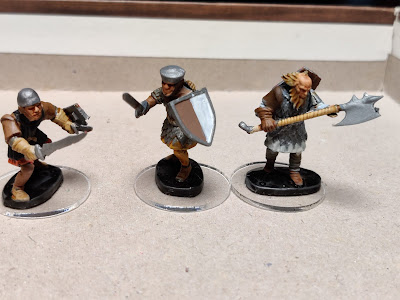 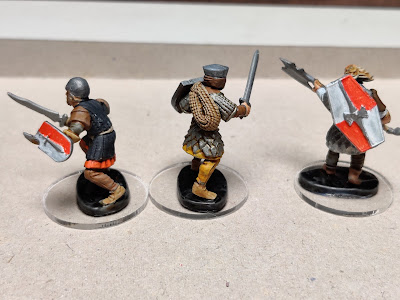 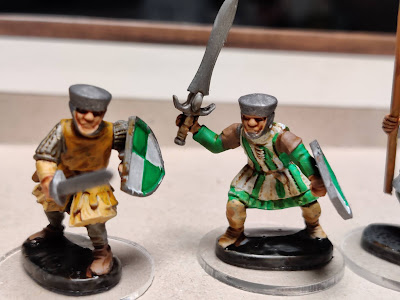 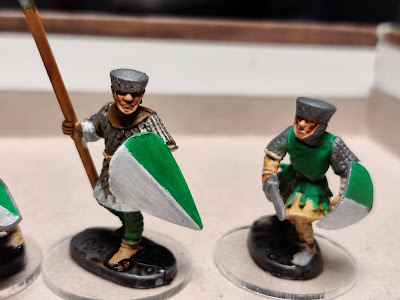 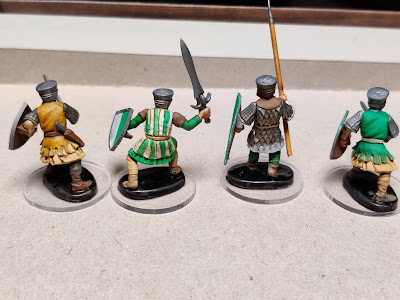 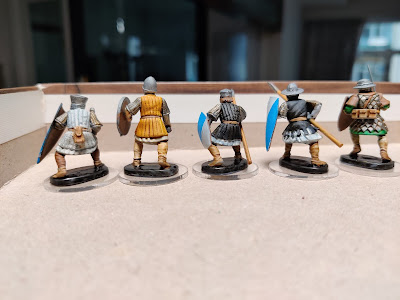 Posted by cedric at 10:21 PM No comments:
Email ThisBlogThis!Share to TwitterShare to FacebookShare to Pinterest
Labels: fantasy, miniatures, montiberg, Painting

Sometimes, you paint miniatures without a project in mind. You're visiting a city or a website and you see an unusual miniature and tell yourself it would be a great idea or fun to paint.

This is their stories.

The first one is a CPModel, Plague Doctor 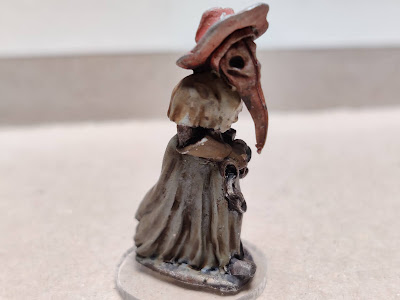 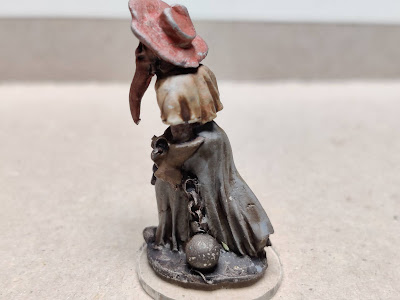 The next miniature is a Pit Beast, from Urban Mammoth. From the Gladiator faction. 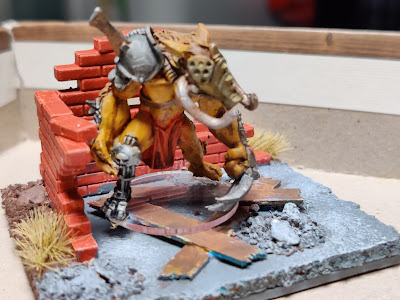 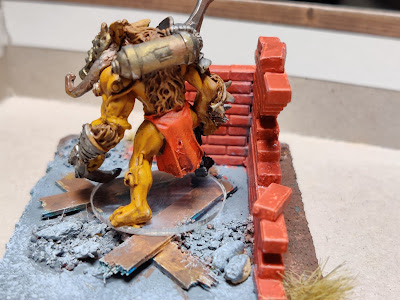 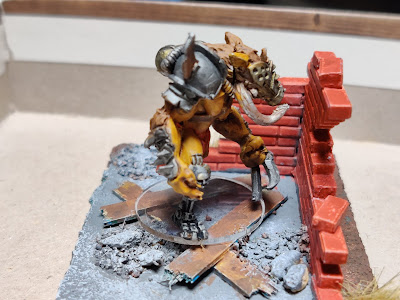 A leader for my cults (any cult actually)

I bought this miniature in 2019 during a business trip to Reading. It was whispering to me at night how great it would be to paint it.

I finally got the time to paint it in the same color as the cultists I used for my fantasy campaign. They know have a dark leader. 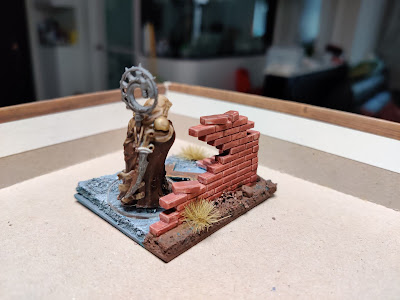 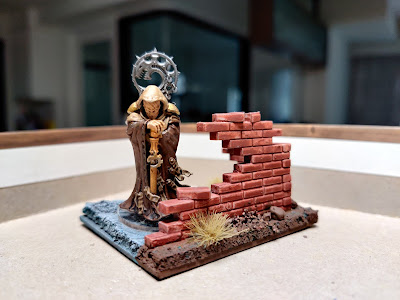 There are always some miniatures who are not painted.

Battle for Alabaster was my first kickstarter. Some units never got painted and Covid19 gave me the time to look into the pile.

Here are the last additions. 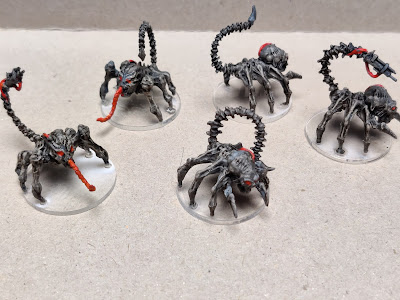 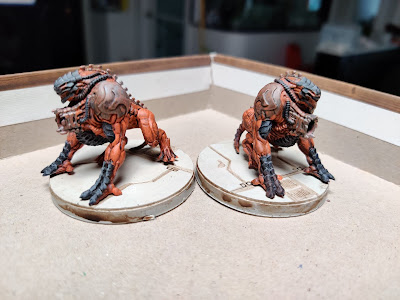 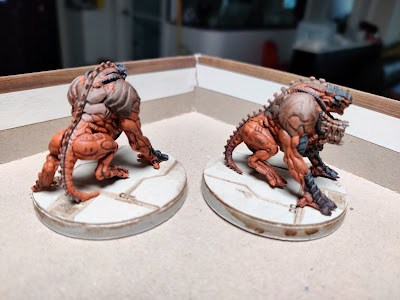 Posted by cedric at 10:25 PM No comments:
Email ThisBlogThis!Share to TwitterShare to FacebookShare to Pinterest
Labels: Battle for Alabaster, Painting, sci-fi

Painting Fantasy - the Dwarfs are back

Painting armies is tedious. Many soldiers to paint, and can be boring after a while.

Painting while watching movies ease the pain. After few years (yes years!) I finally got somewhere with my Dwarf army. And it was not easy.

The miniatures came with the first kickstarter from Mantic's Kings of War, but it took so~ long to have a proper brush love.

I had done a first batch when it arrived and they got shelved when the game store moved to a different district - No more lunch painting for me.

During the lockdown, I used my discord RPG time to play and paint at the same time, as painting does not require so much brain power (at least for me).

First the leader, the beast cannon and the army. 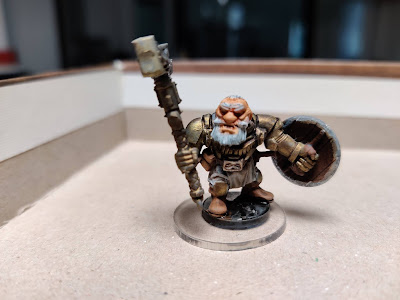 For the leader I used a Space Wolf hammer and a different shield to differentiate him from the rest. 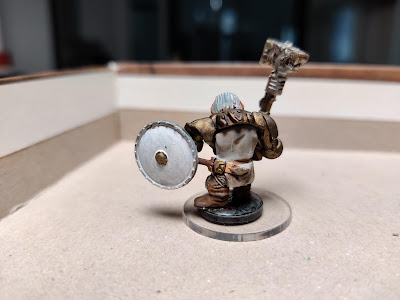 I soberly painted him, as Dwarf leaders mean business and are not out for a beauty contest. 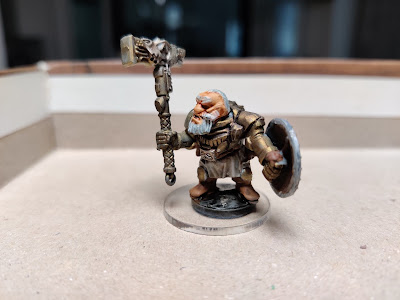 The army included artillery, and a special metal one. It can be mounted or just set a bombard. 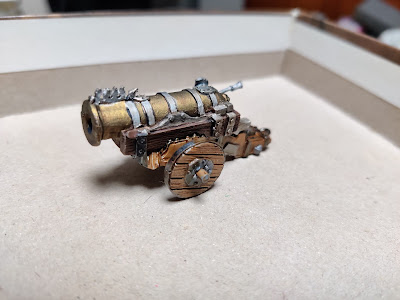 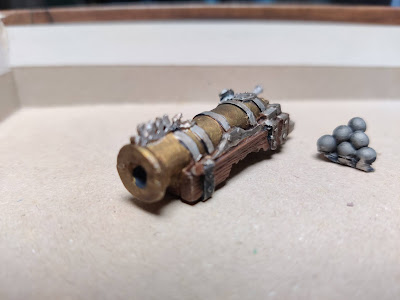 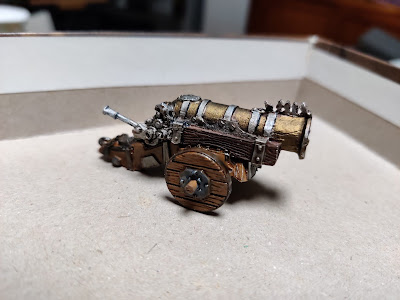 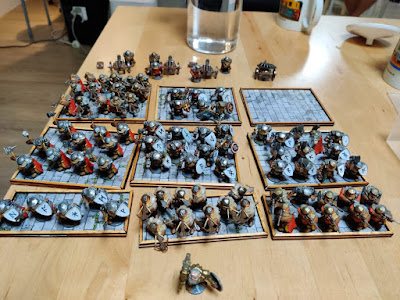