In 1942, Japanese designed a master plan to attack the USA by using mega submarines, carrying planes and bio-weapons.

Developed during 1943 and 1944, 3 of the submarines were ready in 1945 to strike San Francisco, Los Angeles and Panama. Thanks to the Japanese military inefficiencies, they changed the plans at the last minute.
They had stock of bubonic plague and were sailing to their objectives until the atomic bombing. They surrendered to US Navy in 1945.

Interestingly, they were all sunk in 1946 before anybody else than the US navy could examine them.
Posted by cedric at 11:24 PM No comments:
Email ThisBlogThis!Share to TwitterShare to FacebookShare to Pinterest 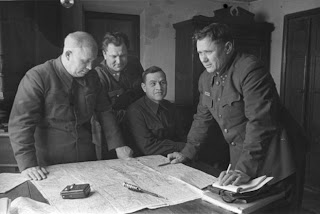 Each Player composes 4 platoons 3 additional support as follow:
Use a 300 point basket and discretionary assign them on 4 platoons and 12 supports options.
Assign up to 3 supports per platoon and keep the remaining support in a “reinforcement pool”.

Each Player has 1 Attack, 1 Defense and Choice (attack or defend)

Each Player before starting the campaign will assign 1 platoon in each location, including Rear Spot, only the reinforcement pool is not geographically assigned.
Each Player secretly write for Spot 1, Spot 2 and Spot 3 if he is attacking or defending, using his Attack, Defense and Choice.  Then each Player may schedule Reinforcement using Reinforcement Pool support and units from the platoon in Rear Spot.
When all Players have finished all above, they release the total value committed on each Spot and whether the Player is Attacking or Defending.

Before starting the engagement, each player say if he is attacking or defending. 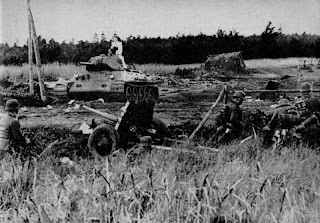 In the average 3 spots, the Player with overall more points attack the Rear Spot of its opponent.

Terrain : As above
Posted by cedric at 3:37 AM No comments:
Email ThisBlogThis!Share to TwitterShare to FacebookShare to Pinterest
Labels: 1:72, Berlin or Burst, Doomsday, Scenario, Secret of the Third Reich, SOTR, Weird World War 2, Westwind, WW2, WWW2

I've finally finished my Forge Father (Mantic Warpath) force and I have been quite pleased by the balance quantity vs details.

I am not a great painter and lack times and mancave to do it. Everything has to be done within a 2hour time frame until the next session. and that's when I am in Hong Kong! Give me 1 or 2 weeks of business travels and then my motivation gets down and I need few days to find the courage to paint again.

So here they are. I tried to vary the different tone, with bronze/bolt gun as the main colors. The big boss has been painted with less bright than the main stream force, the Stormrage have blue wash over the armour and the Drakkarim have more bronze.

I plan to play them for Run n'Steel as Brotherhood. They have very similar squad composition.

I finally compiled the rules for the game and tried them recently. They come nicely and can be played at multilevel games with a maximum of 3 levels to avoid confusion.

I have also completed the 4 Codex, 1 for Kaizer, 1 for the Entente, 1 for the Cult, 1 for the Brotherhood.

The game mechanics are the following:
Each player select a force that include main force and cards (armor cards, equipment cards, order cards, gift cards, event cards and psy cards). Each player draw a mission card (there can be maximum 1 Defender, and minimum 0 Defender)
Each force remains hidden from each others, all players cards are distributed among the main force and a deck (event, order cards and unused equipments, armor and psy cards). Each main force unit get assigned a Blip and a Reinforcement blip when possible.
Player design the game board with rooms, corridor, caves, doors, bulkheads, ladder, ... They also set objective points.
Each force deploys on its deployment board and select reinforcement entry points.

After the game start, blip are swapped with units and reinforcement blips arrived on the board. At the end of the game, each player sum-up all his victory points and the winner is designed.

Posted by cedric at 2:55 AM No comments:
Email ThisBlogThis!Share to TwitterShare to FacebookShare to Pinterest
Labels: codex, run 'n steel

So finally, with my buddy, we went to the store and made some crazy shopping. 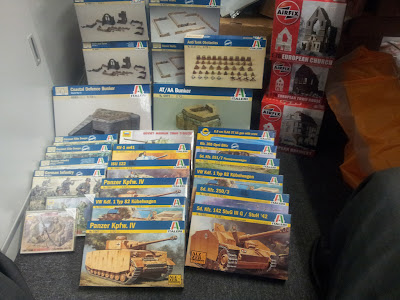 In total, we got fr German and Russian combined :
286 infantry
8 vehicles
7 tanks
3 guns 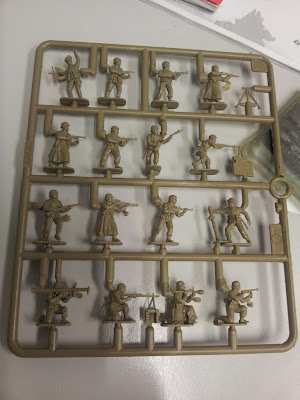 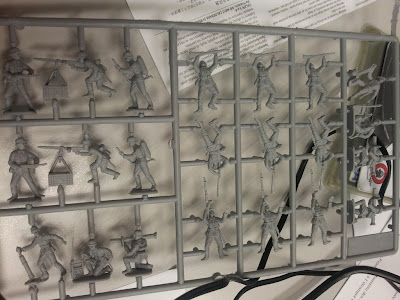 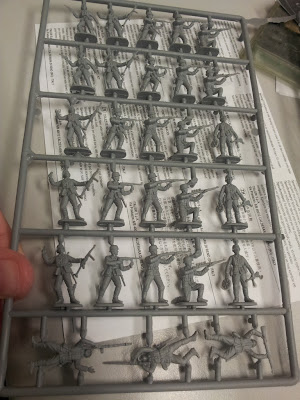 Posted by cedric at 2:48 AM No comments:
Email ThisBlogThis!Share to TwitterShare to FacebookShare to Pinterest
Labels: 1:72, Berlin or Burst, Westwind, WW2
Newer Posts Older Posts Home
Subscribe to: Posts (Atom)